It’s been awhile since I’ve posted. Building a house, managing two kids, work, and having a mental breakdown will slow things done a bit. (Maybe I’ll get brave enough to write about said breakdown but for now we’ll leave it as a passing note).

Tomorrow is Thursday, August 29th, 2019. I can’t quite seem to wrap my head around all the emotions I’m having for that day. For starters, it will be Ryan and I’s 10 year wedding anniversary. Say what?? And don’t forget we started dating in 2002 so we’ve been together even longer. But an anniversary like that will get you thinking, looking back, trying to gain a little perspective maybe on where you’re at in life. I can definitely say without any hesitation that it has not been easy and there have even been times that things have been deeply questioned. I feel like anyone that says it’s “easy” or have never had any of those moments is most likely in denial or sugar coating it. But having started dating at 16 and 18, we truly have had to learn to grow together. And then you add kids to the picture. I think that’s really when we started to feel tested or challenged as a couple. But the great thing about this “big” anniversary is the taking stock part, for me at least. Like holy crap, look at what we’ve gone through and we are still here. We’ve overcome navigating college, working in the same family business all these years, a difficult stretch of infertility/miscarriages, a child with disorders, food allergies and a bazillion doctors appointments, a second child with horrendous colic and a non-stop energy that’s nothing to joke about, brutal sleep training, my personal struggles with anxiety/depression/OCD including a complete breakdown at one point, renovating a house, marriage counseling and building our dream home (one of the hardest by far!). Sorry to make a laundry list Ry, but I am not going to apologize for taking a deep breath and appreciating everything thing we have been through, small and big, and appreciating our dedication to each other and this marriage. We are far from perfect and as much of a perfectionist as I am, I wouldn’t want perfect. Marriage is messy, challenging, exhausting but it can also be amazingly resilient, rewarding, and uplifting. The only thing I’d say you have to have hands down is a can’t quit attitude and always be willing to work.

Part two of Thursday is Eleanor’s first day of Kindergarten. You see it every year on Facebook. The photos of smiling kids with their backpacks waiting for the bus and maybe you envision Mom behind the camera doing her damnedest to keep it together until the bus turns the corner. I’m sure I’ll be no exception. I didn’t think I’d have that big of feelings about it because I used to think it can’t be that much more different than preschool. But after orientation I can tell it is very different. She’ll be riding the bus, she will be there every.single.day, she will have more kids in her classroom and less teachers, etc etc. But it’s all out of my control. All that I can do is send her off with the gentlest, most supportive push like a little bird from its nest and know that we’ve (including the amazing Children’s Odyssey and psychiatrist) done our very best preparing her for such a big step. Apart from the sappy emotions there is a part of me that is so excited to watch her come into her own and see what she is passionate about. 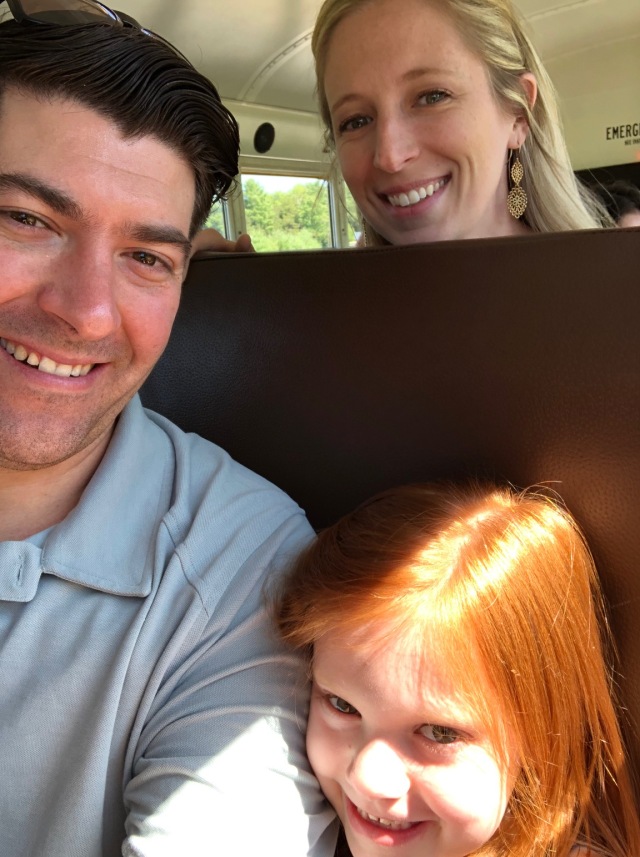 Part three of Thursday is inspection for occupancy at the new house. This has been a long time coming. Years of drawing up plans and over a year of building, I’d heard people say it is one of the harder challenges a couple might face and I’d now agree with that statement. The amount of time Ryan has had to dedicate to working on the house, making phone calls, making 10 decisions a day has oftentimes felt like he took on another full time job. But to have a light at the end of the tunnel and a possible thumbs up for occupancy this week is keeping us going. I just could never have imagined how many little and gigantic decisions go into it. As opposite as Ryan and I tend to be we surprisingly agreed on most things as far as style and functionality so we’ve had that going for us but the stress of the time commitment alone has had its fair share of challenges for not only us but the girls too. 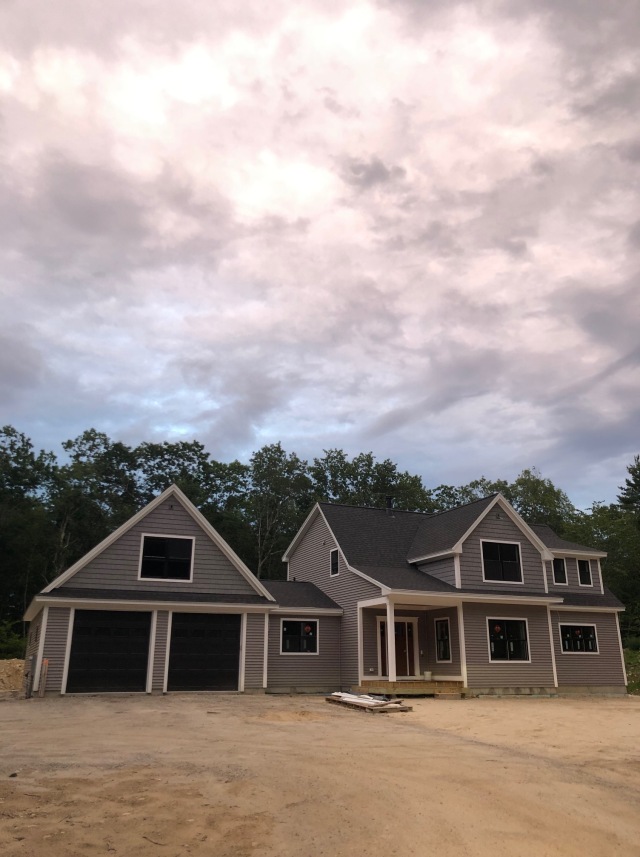 Kindergarten, New House, Big Anniversary – I feel sad, happy, panicked, stressed, overwhelmed, excited, exhausted, reminiscent, and so much more. But I also really feel alive and grateful. Life won’t always be this stimulating and challenging. I have learned to try to stop fighting every single wave because I’d just exhaust myself and drown, and instead strive try to ride the waves with strength, acceptance, and focus on the present.